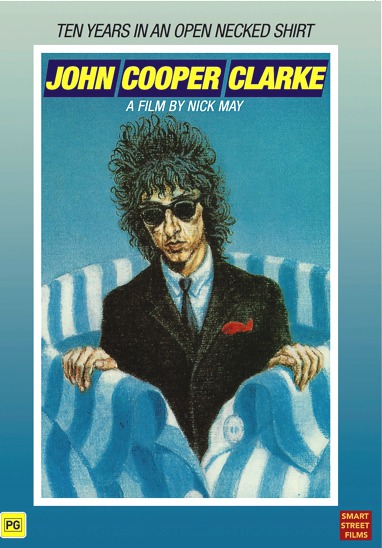 Smart St. is pleased to announce the re-release of poet John Cooper Clarke's wonderful performance film - Ten Years In An Open Necked Shirt.  For anyone who thinks poetry is boring this is the perfect antidote as John powers his way through his catalogue of punchy social commentary, humour and machine gun paced poems.  The film provides a fascinating look into his philosophy and background and an insight into the punk rock scene where John has provided back up to bands such as the stranglers, The Clash and Joy Division.

A great poet and raconteur, John Cooper Clarke's poems are a precursor to Hip Hop and a real connection to young people and the world in which they live.  We first saw the film at the London film festival where we picked it up and are now making it available on DVD for the first time. For more information check our catalogue page