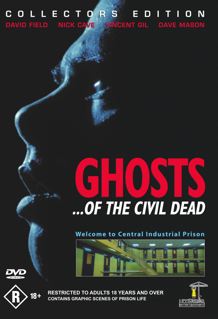 To coincide with the current Australian tour by Nick Cave and his band The Bad Seeds we've cut the price on his extraordinary film debut, GHOSTS OF THE CIVIL DEAD.  His never to be forgotten role as the psychotic Maynard in Director John Hillcoat's confronting prison pic was the beginning of a long and productive association between the two.  The DVDs we have for sale are all that remains of the original release on DVD.  We authored the discs and bought these for our own use.  These are the only quality copies available - the rest of counterfeits and pirate copies. We have limited copies and once these are gone the producer has indicated there will be no more made.  There is no plan to stream this classic of Australian cinema.  Order your copy here.