Coinciding with the release of the feature doco on film critic David Stratton here's an ASIO surveillance photo of David on his way to the Russian Embassy.  ASIO decided that those interested in screening films from China or Russia had to be fellow travellers with the Communist Party.  This still is taken from our award winning series PERSONS OF INTEREST.  Note what a dapper figure David cuts.  He always took pride in his appearance. 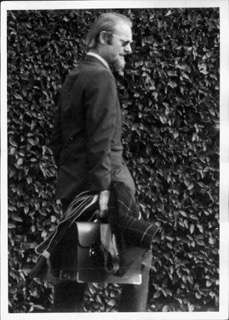