Here are two pages from the ASIO file of Suse Milliss.  The top one has been censored.  This redaction was appealed to the Administrative Apeals Tribunal Security Division and after a protracted process parts of the previously excluded information was revealed.  Document #2 shows what it was that was censored. 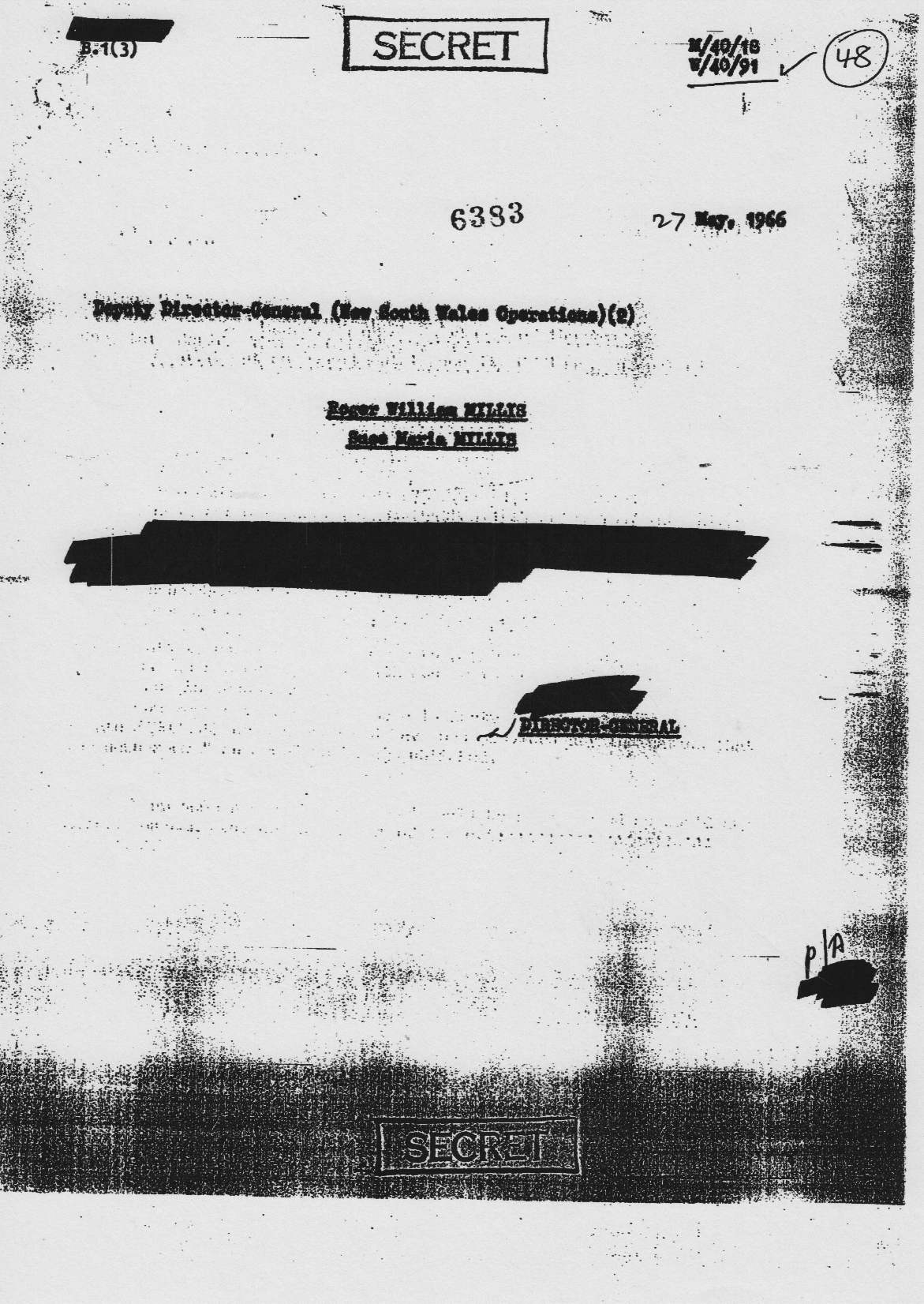 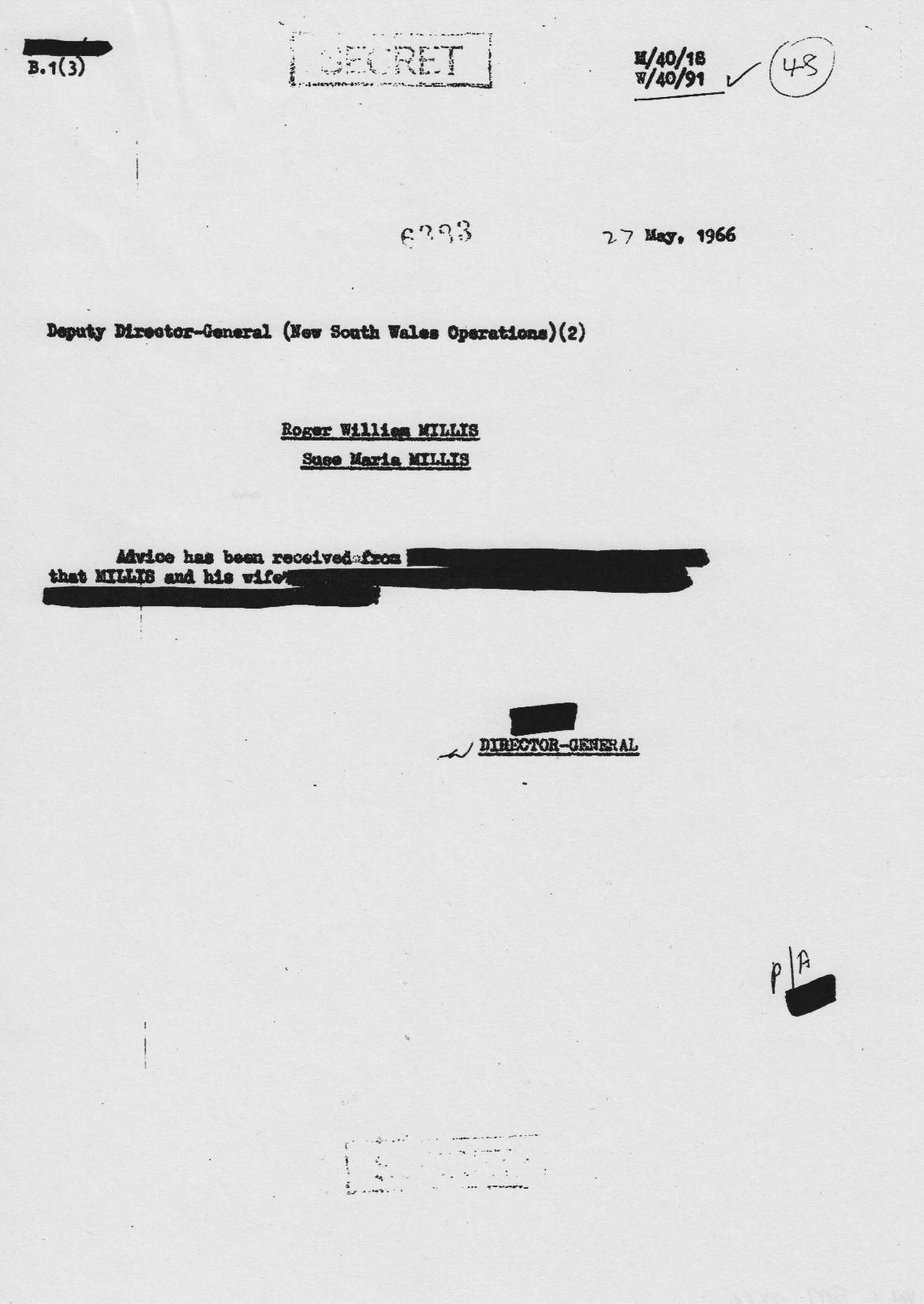 As you can see the censored words could hardly be considered to be of security importance or to reveal anything about ASIO agents, the organisation or it's methods.  The thought might not be illogical that an intelligence agency, like ASIO, which never wanted to reveal it's files under the Archives Act was randomly deleting information so that if someone did successfully appeal what was revealed would have been such a torturous project to uncover and so irrelevant that the Persons Of Interest would lose the motivation to appeal any further redactions.