Below is a report made after a number iof agents rpovided information on who had attended the Moratorium for Black Rights in 1972 in Sydney.  Most people on the page have their ASIO file number next to their name.  Inrerestingly the Reverand Ted Noffs of the Wayside Chapel in Sydney's Kings Cross does not appear to have a file at the stage but he certainly ended up with one.  Support for Land rights certainly set alarms ringing for ASIO as until 1972 the only party to support the concept was the Communist Party of Australia (C.P.A.).  This therefore made support a potential front for the Party.  Note that Faith Bandler, who had been a member of the CPA, and Gary Foley both Aboriginal represent the generational divide with in the black community.  Foley represented the new wave of young people who demanded change and self determination and were preparde to take direct action to achhieve their aims. 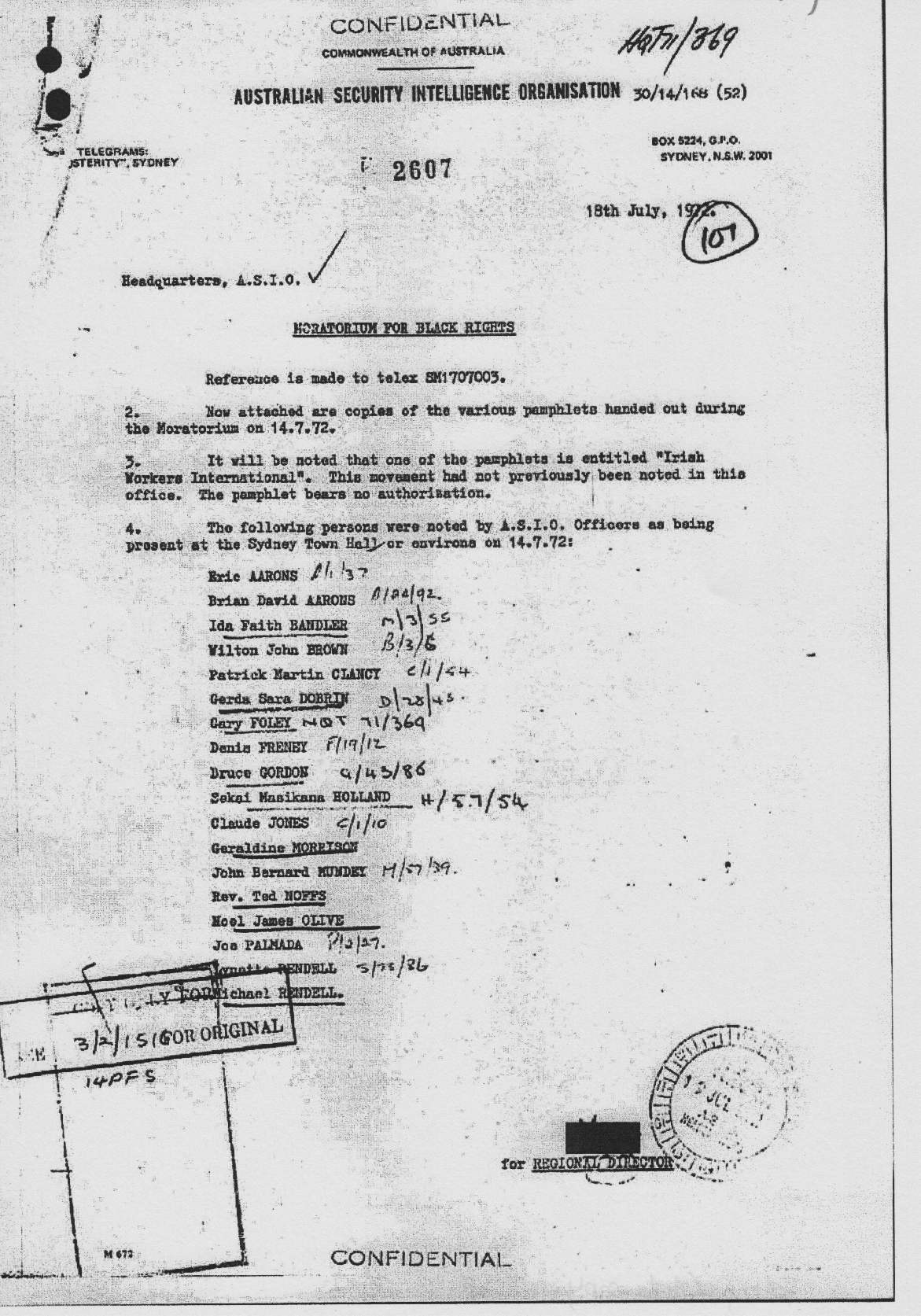