Below is a unique document in the struggle for justice for Aborignal Australia.  On January 26th 1972, Prime Minister William McvMahon clearly indicated that his Governemtn would never grant land rights to Aborigines.  Later that night three Aboriginal men went to Canberra and plated a beahc unmbrella in the lawn opposit Parliament House.  Much to the embarassment of the Government it became apparent that as long as there was no more than a small number of tewnts there was nothing the Canberra police could or would do.  So began the single biggest action in the struggle for black rights.  The Aboriginal tent embassy.  The next morning January 27 ASIO was asked to look into the backround of the squatters and see if they'd been mentioned in security files before. 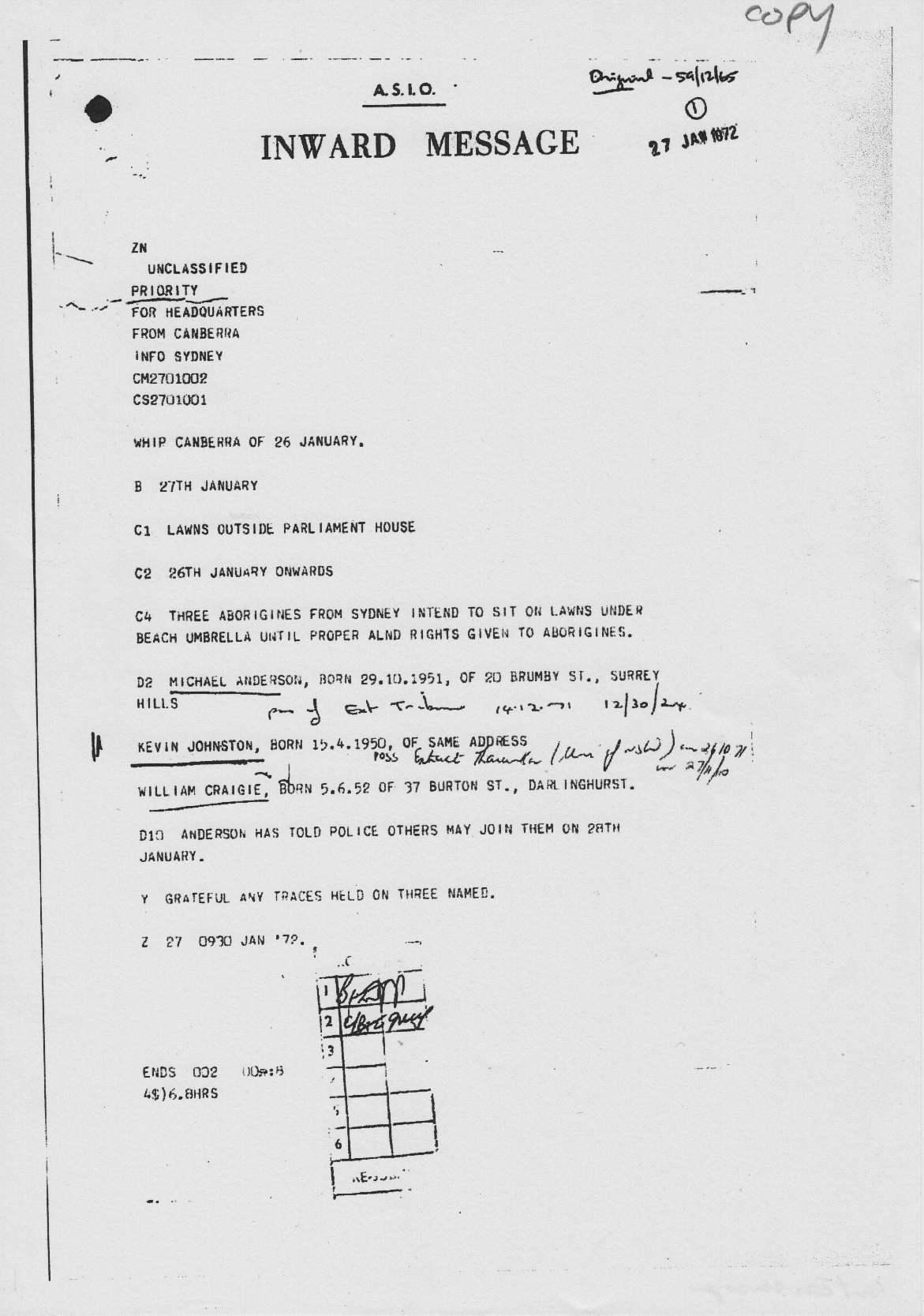 With the suspicion that Land Rights was a front for Communism ASIO kept constant watch for Embassy officials from the USSR making contact or visiting the Embassy. 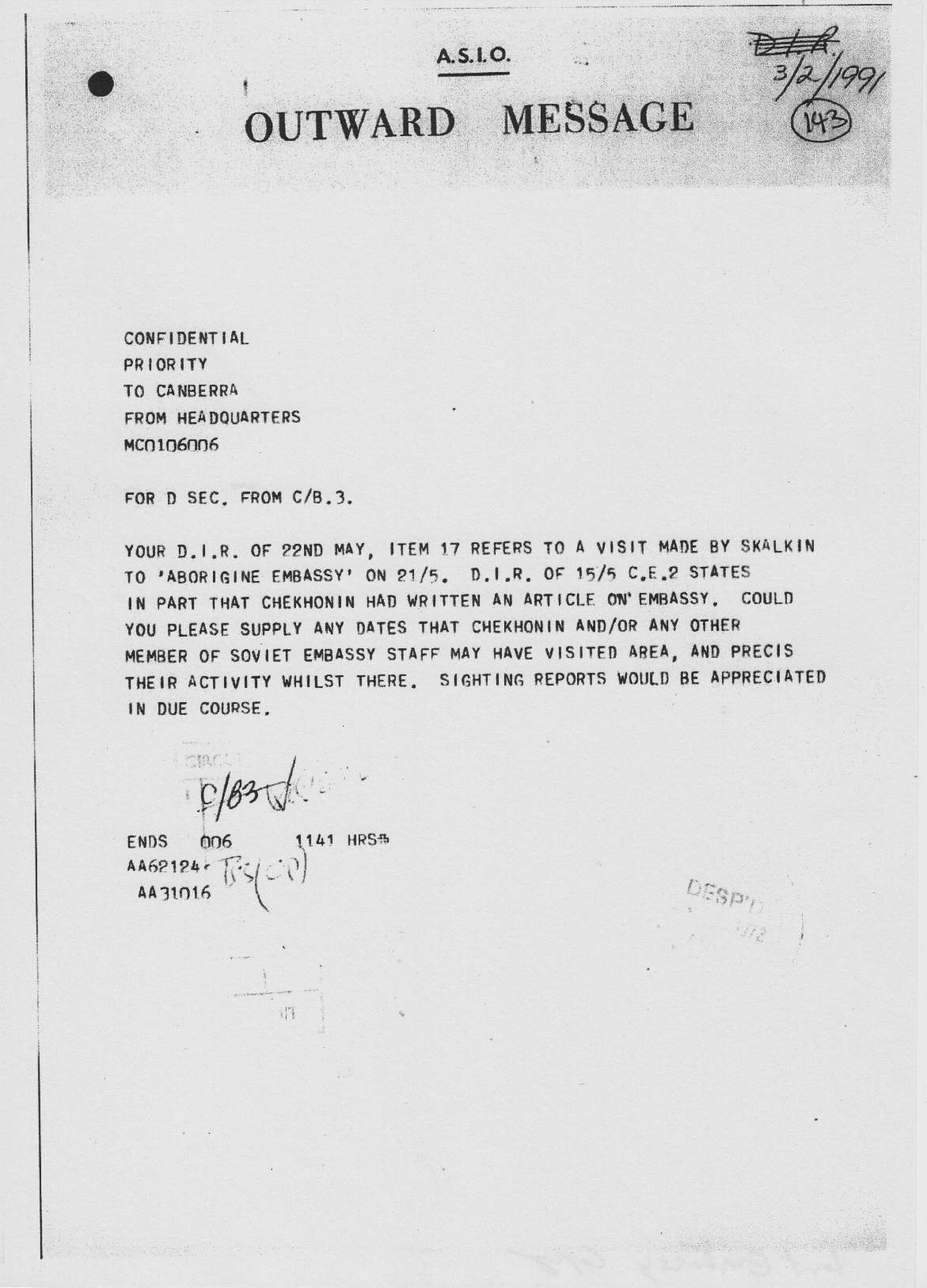 The Government quietly set about changing the regulations which allowed squatters to set up camp opposite Parliament House.  This document shows their concern that if news of the change got out it would attract more protesters to the forthcmoning Moratorium for Black Rights march in Sydney. 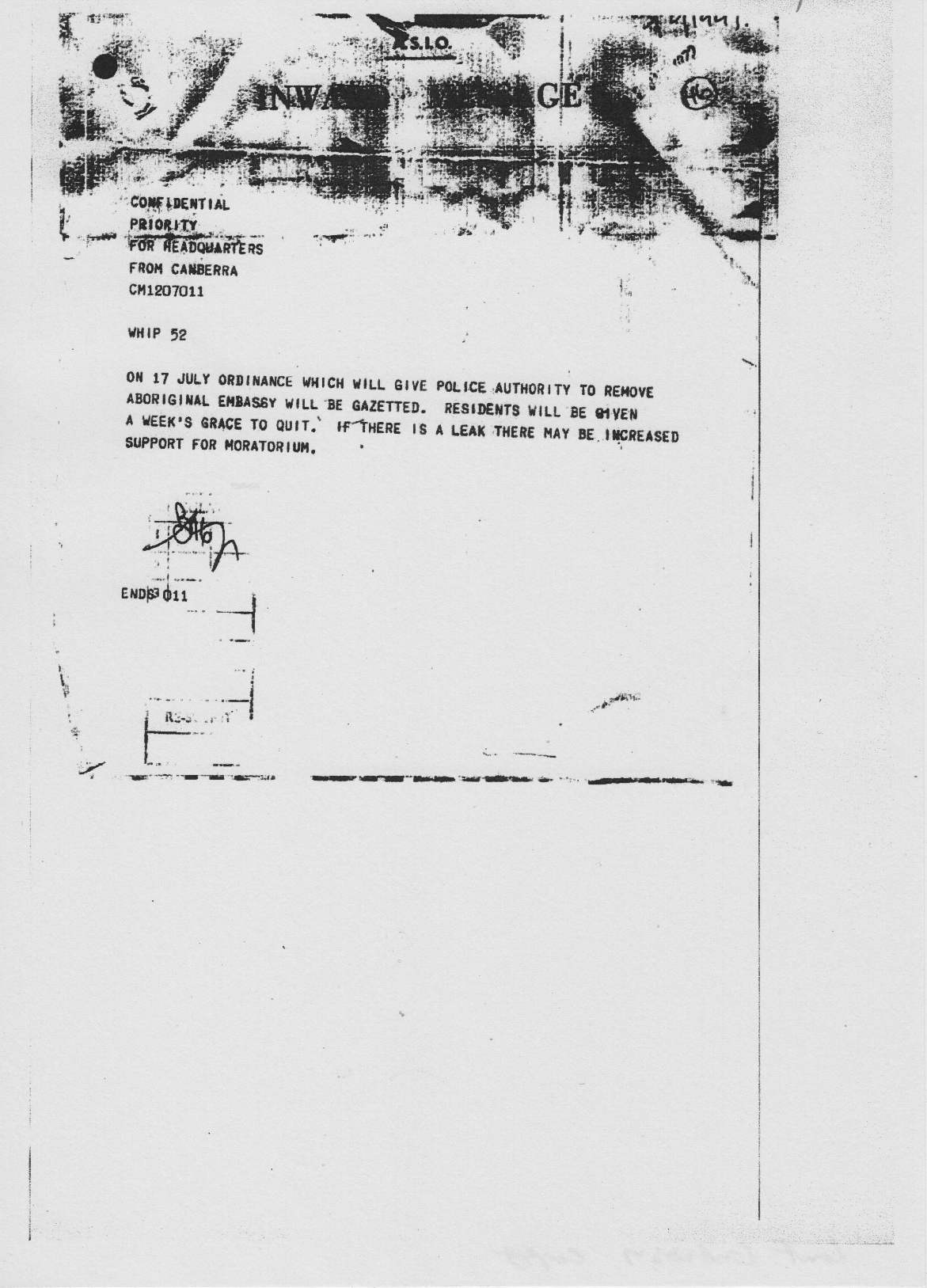