One of the earliest pages in Student activist Michael Hyde's file.  His address and the names of others living there.  Except for Andy (f.n.u) full name unknown. 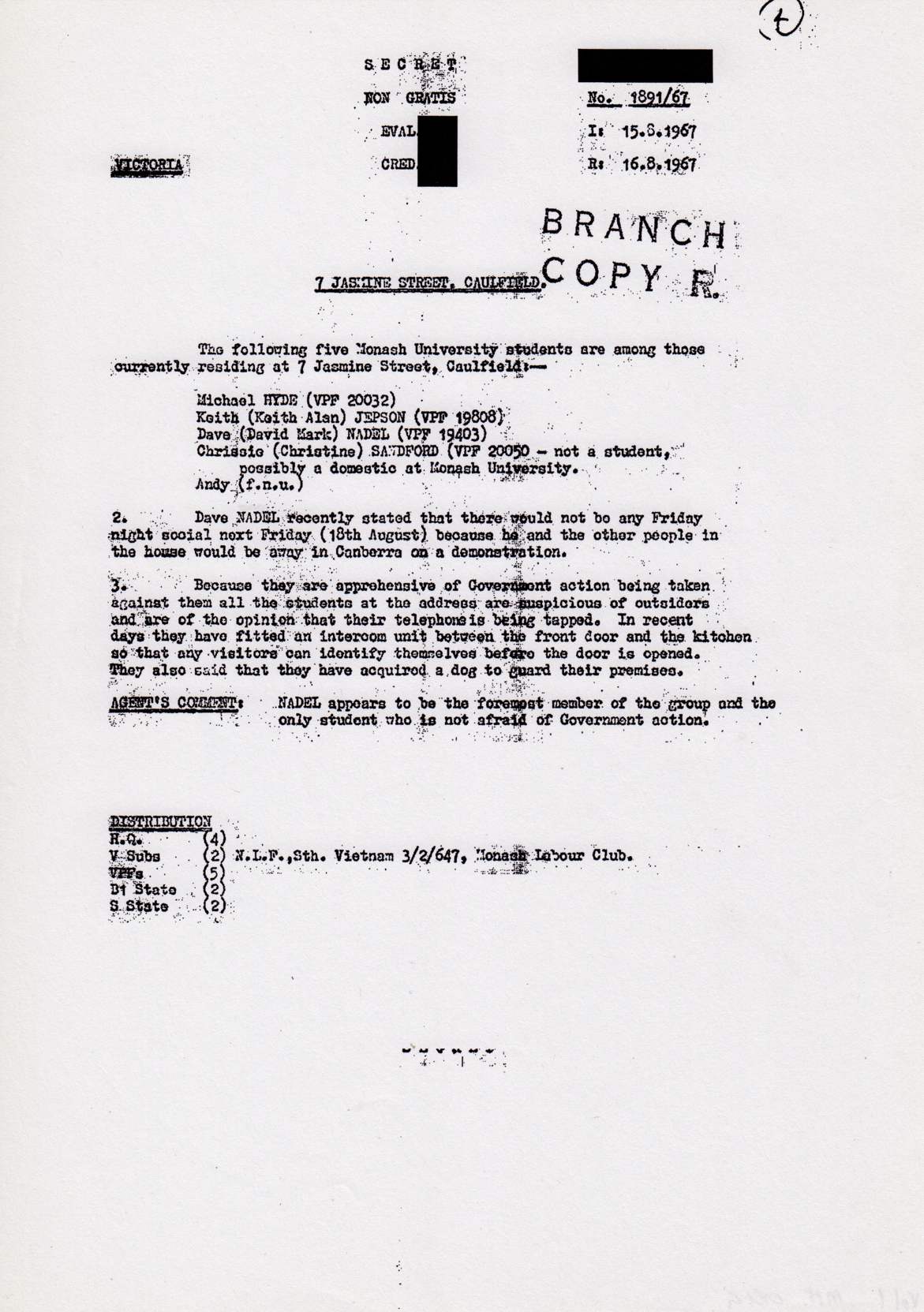 Concern about the students and their direct action approach led to them being followed constantly and major files being kept on them.  Here we see the level of detail as Michael Hyde's car is followed across Melbourne.  Every turn, every stop is noted.  The amount of detail mixed with the lack of analysis led ASIO to end up drowning in raw information. 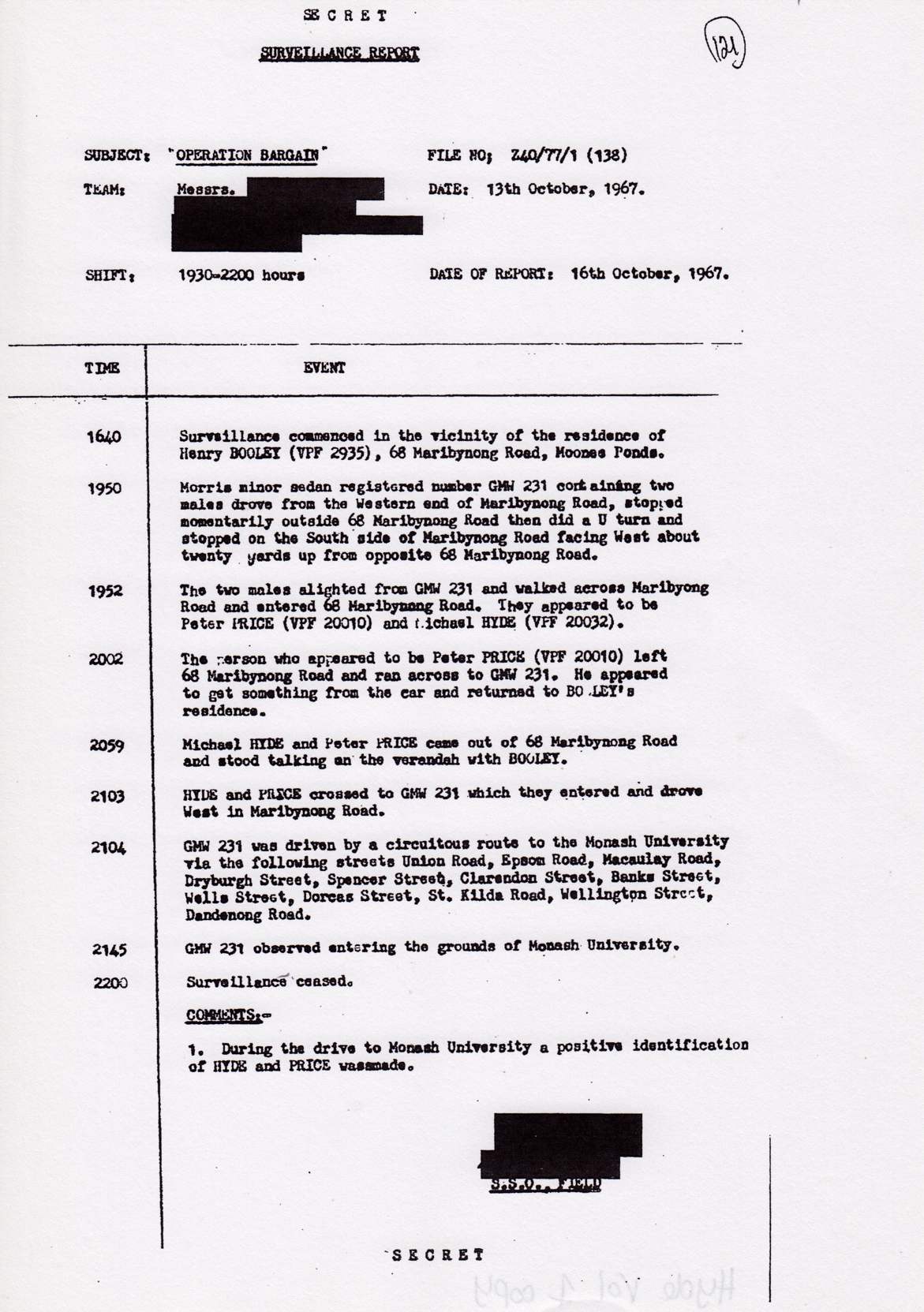 Below is a report concerning the CPA and it's attitude towards the Worker Student Alliance and the radical students at Monash University.  There was deep seated antipathy bewteen the CPA which folowed the USSR and the Monash Labour Club and the Worker Syudent Alliance (WSA) which followed China and the more violent line espoused by Mao.  The students were intent on radicalsing or at least moving people to the left by inciting violent demonstrations in the street.  Innocent people being bashed by police is a great way to radicalise the man-in-the-street.  The Communist Party wanted to disassociate itself from this sort of action. 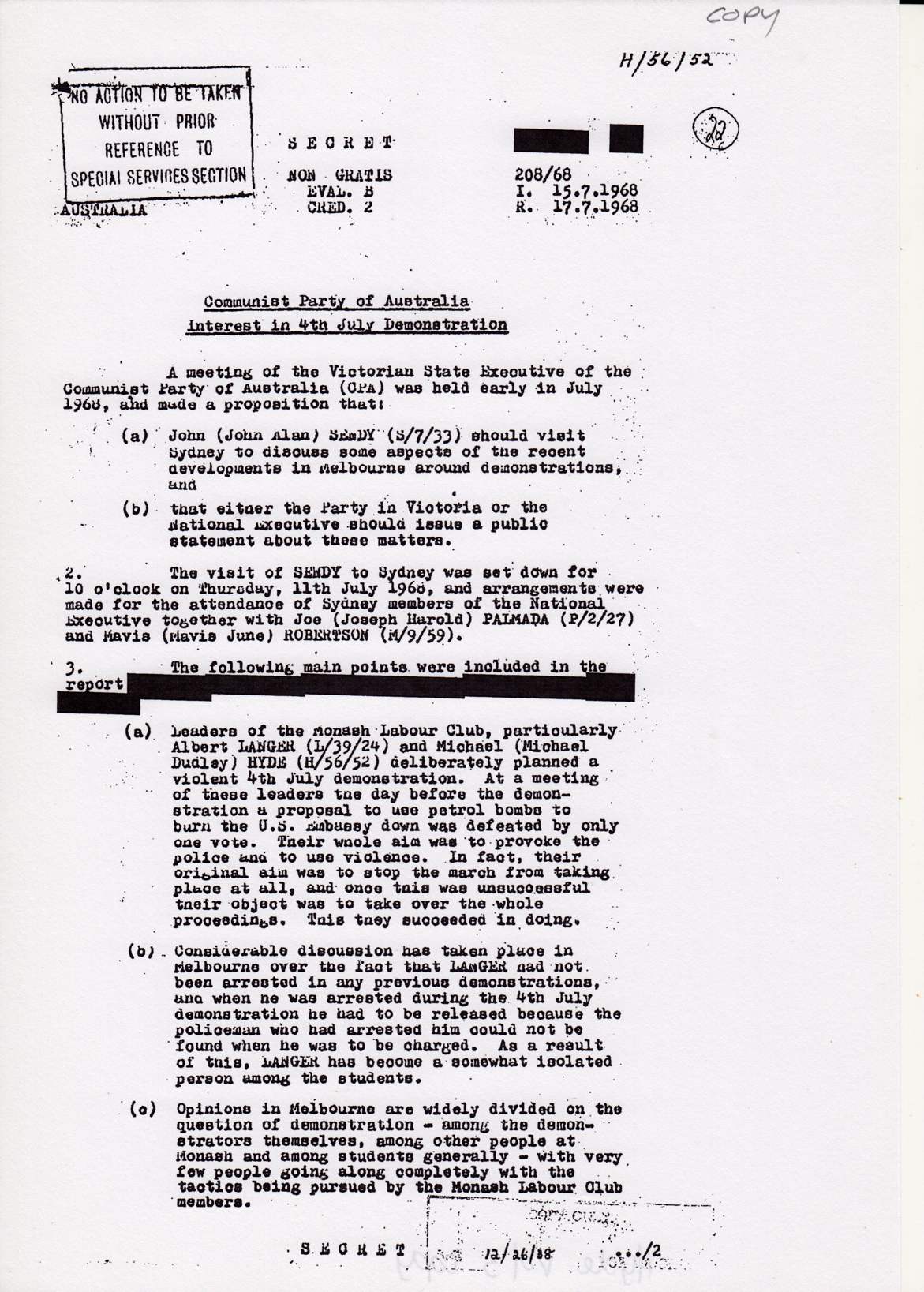 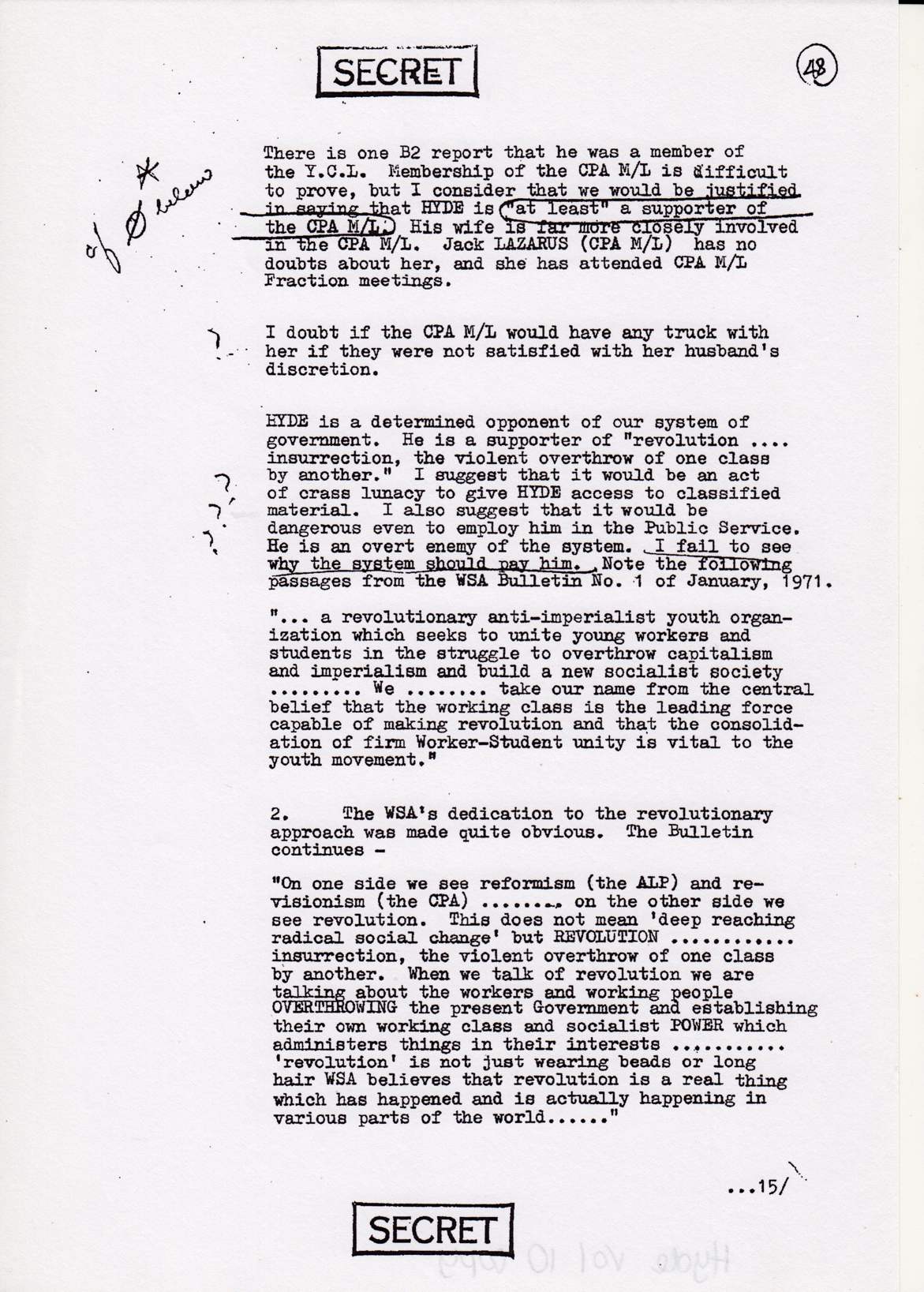 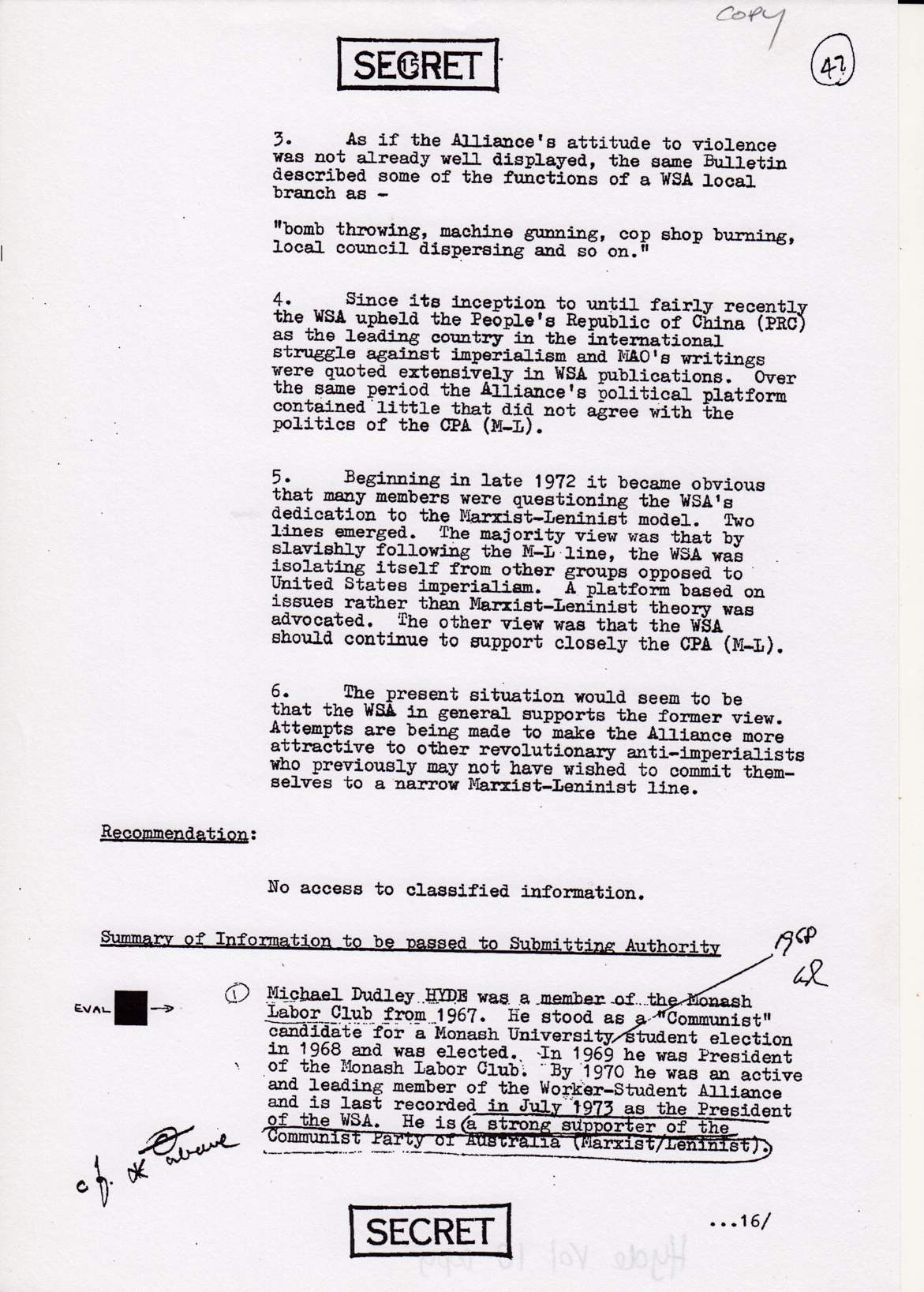 The end of the WSA approaches in a flurry of suspicion.  Splits appear over ever more minor interpretations.  The coming of the abour Government and the end of the Vietnam war removed the glue that held left roups together and motivated a broad cross section of the population to dissent. 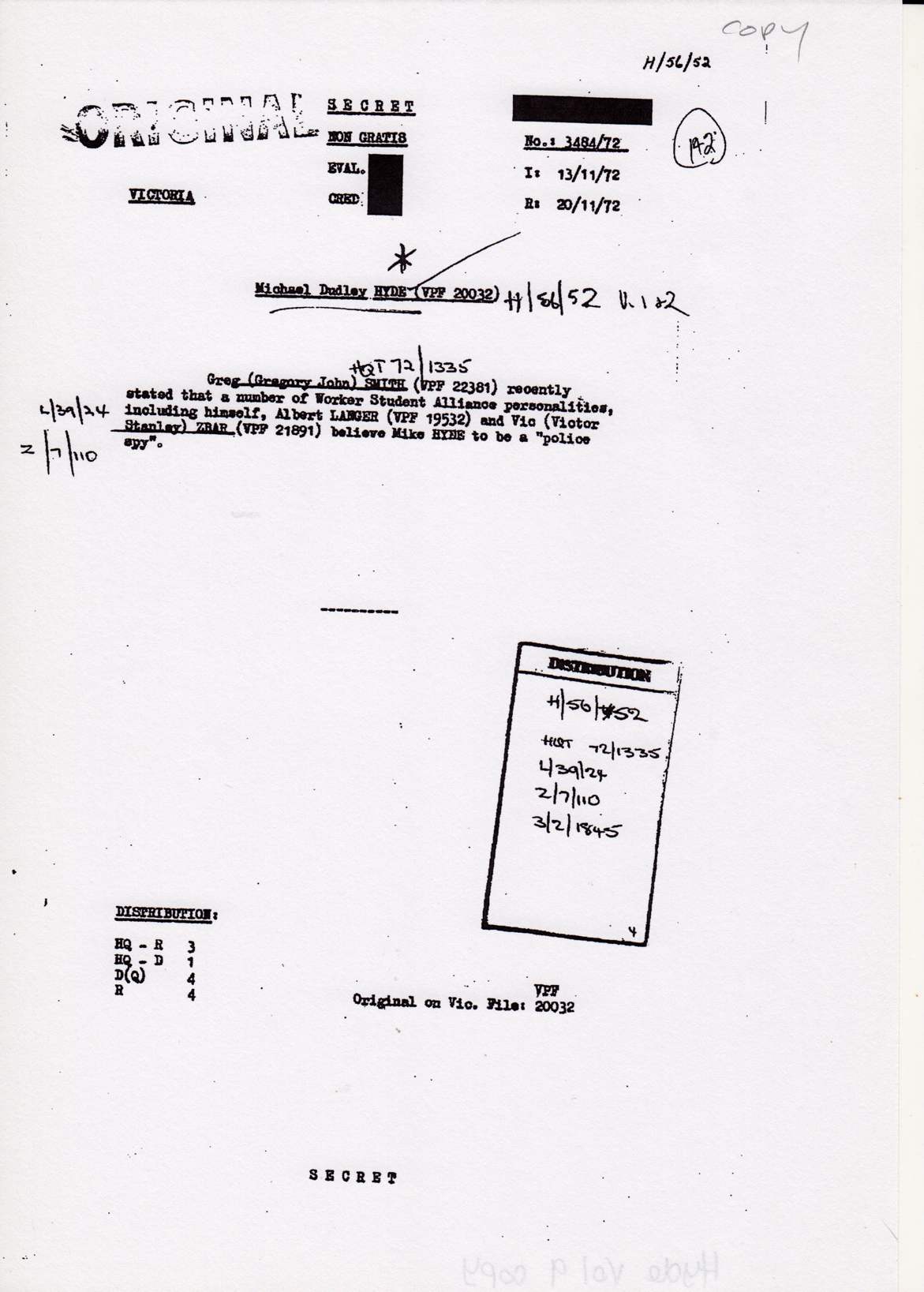